Anime is hot right now. That much we know. We also know that different forms of anime are driven by certain topics, like romance for example. Violence is another topic that drives anime narratives. In fact, some anime series take violence and gore to new heights. That has led to the inevitable debate over whether anime can feature too much violence.

Violence is nothing new to art. It has been a big part of Hollywood television and films for as long as most of us can remember. Horror writers have long relied on graphic depictions of violence to scare their readers into literary submission. Even video games, which are a comparatively new form of media, rely heavily on violence to drive some storylines.

The interesting thing is that modern culture treats a lot of topics as taboo for the sole purpose of preventing people from being influenced by them. For example, disagree with the prevailing thinking on COVID-19 and vaccines and you are likely to be silenced. Society’s gatekeepers do not want the rest of the world influenced by what they perceive as your misinformation.

If the masses can be negatively influenced by COVID and vaccine information, can they not also be influenced by media violence? And if so, does media violence translate into real violence perpetrated against real people in the real world? Science seems to suggest that.

Psychology Today contributor and Rutgers University psychology professor Vanessa LoBue, Ph.D. wrote a compelling piece back in 2018 discussing how violent media influences behavior in children. She cited a number of well-known studies showing that children exposed to violent images are more aggressive themselves. They exhibit more violence in their own play.

It is possible that society inherently knows how much it is influenced by oft repeated messages. Why else would we ban certain topics in our public schools? Why are we now engaged in such an aggressive push to whitewash history, removing all the things that, despite being true, we don’t like?

We Must Enjoy Violence

Knowing what we know about how people are influenced by media, there is only one logical explanation for our collective obsession with violence: we enjoy it. And that leads us back to violence in anime. Anime is one of the hottest things in mass media right now. Everybody’s doing it.

All the major streaming services are falling all over themselves to produce or license additional anime content. Film studios are overloading on anime. Even Madison Avenue marketing firms are turning to anime to reach a younger audience.

Much of what constitutes the anime culture would be considered safe for mass consumption among all age groups. But there is also a significant portion of anime content that commonsense deems questionable. Much of that content seems to over emphasize violence and evil themes.

Violence and the Demon World

Some of the most egregious displays of violence in anime can be found in series that either dabble or fully embrace the demon world. Umai Clothing, a boutique clothing brand built on original anime artwork, recently published a post discussing anime’s obsession with demons. Some of the Demon characters mentioned in the post are incredibly violent, even to the point of being grotesque.

In fairness, it is hard to point the finger exclusively at anime when violence is so prevalent across all of mass media. But being that anime is the hottest thing in media right now, perhaps we should consider if some of its violence is too much. Maybe it is time to tone things down a bit. 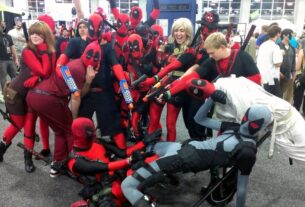 The reason Cosplay is popular among the fun-loving, creative people 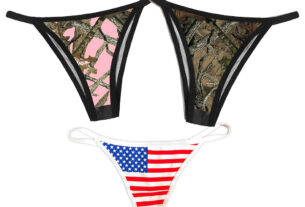